DOJA CAT — MEET THE ARTIST BEHIND THE HIT "SAY SO"

Welcome to the world of DOJA CAT!

Amalaratna Zandile Dlamini explains where she got her stage name, “I was heavily addicted to weed and weed culture, so when I began rapping I thought of the word ‘doja’ and how it sounds like a girl’s name”.

Doja Cat was born in Tarzana, California in the side of Los Angeles in 1995 to a Jewish American mom, Deborah Elizabeth Sawyer, and a non-Hewish South African dad, Dumisani Dlamini. “My mom was a painter and loves to sing behind closed doors. My father is a South African actor who danced in broadway musicals for Lion King. I took a little bit of everything from both of them,” she explained. Her dad wasn’t very present growing up. But her dad now comments on her Instagram posts, to which she says, “I don’t hold grudges against him or anything in any way, but obviously it’s a little weird.”

When Doja Cat was around age 11, she took up break dancing, and danced in a crew in Los Angeles. She also went to surf camp growing up. She dropped out of high school in 11th grade and took up music. She started recording songs on GarageBand and posted them on her SoundCloud account, amalaofficial, which is still active up until now.

Her debut single, “So High,” was released on SoundCloud in 2013 and then re-released as a single once she signed to a label. Her debut album, Amala, came out in March 2018. On that album? A song called “Juicy” which she later remixed with Tyga in August 2019. 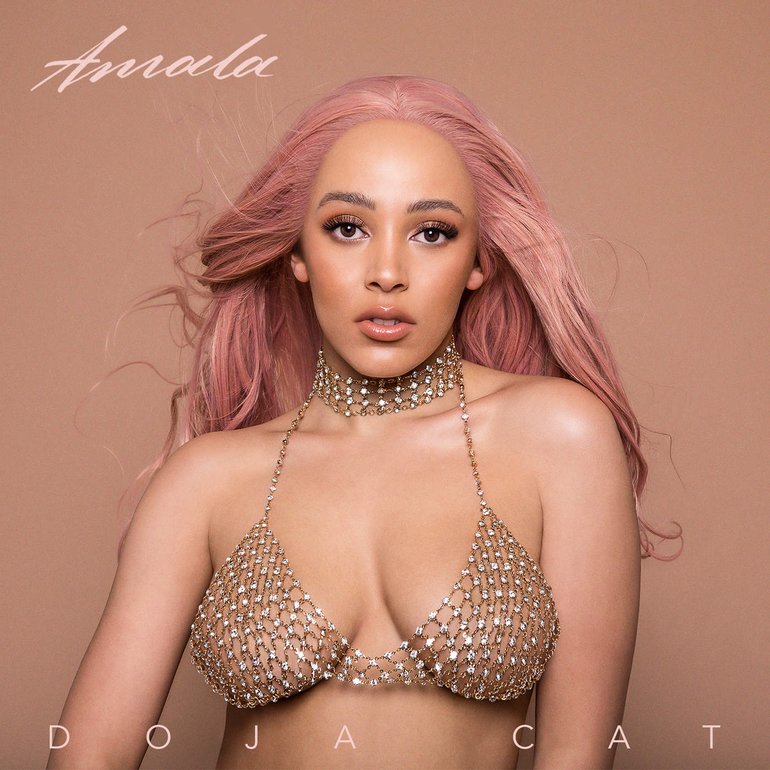 The rapper and singer-songwriter dropped her much-buzzed-about ‘Purrr!’ EP, and since she’s nurtured an ever-growing array of feverish fans who revere her for combining a radiant charisma with a unique flow and tongue-in-cheek lyrics simply titled “Mooo!”. 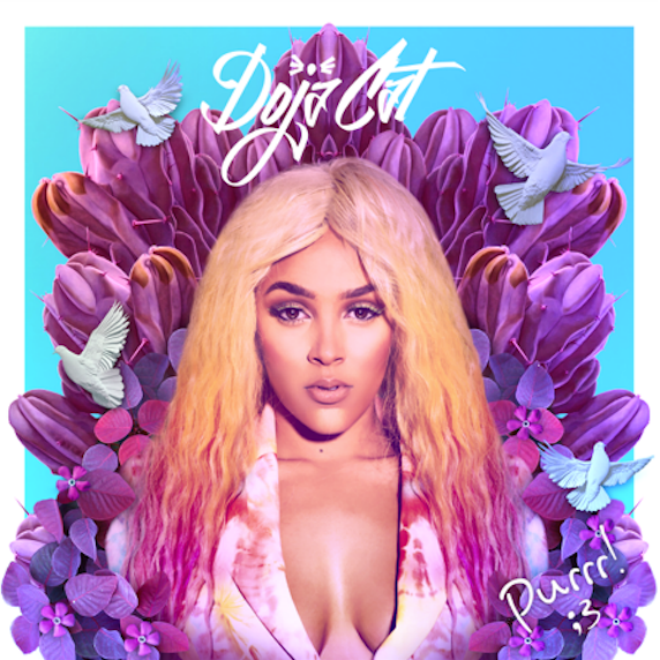 She acknowledges her songs are “very sexually driven, very tongue in cheek”, whether she’s dancing against a homemade green screen to anime breasts or unapologetically celebrating her “twins” in her song ‘Tia Tamera.’

“I never stopped thinking about what I can do next,” Doja said. “So, as much as I may seem like I’m kind of going throughout life blindly, I know what I want.”

She went viral on TikTok when her disco bop song, “Say So”, was used as part of a dance challenge on the video-sharing app. She became a hit and internet sensation after TikTok now being a bonafide star with a track on the Birds of Prey soundtrack, a new tour, and a performance on Jimmy Fallon’s Tonight Show. Doja Cat also released the groovy music video for the hit.

Fans are also making their own “Say So” remixes and it’s kind of amazing!

The recent music video she had was like inspired by her music icons with a type of unapologetic 80s-tastic frenzy, as she revealed she grew up listening to a diet of Jamiroquai and Eart Wind and Fire, as well as the likes of Erykah Badu and TLC.

“We’re thrilled to have Doja Cat kick off our 2020 LIFT program” says JP Evangelista, SVP of Content, Programming and Marketing, Vevo. “We’ve been Doja fans for a while now, and it’s been a thrill to watch her continue to develop her music in the last year. The performances we captured for LIFT are incredible, and we can’t wait to share them with her fans and new audiences around the world. This is a continuation of an incredible partnership between the Vevo, Kemosabe/RCA Records and 10Q/Maverick Urban families.”

SHARE THIS STORY
ON-AIR
02 : 43  PM
Wednesday 27 May 2020
Find everything you need to know about Wave89.1; From our DJs, shows music, news and entertainment and more
Subscribe to our newsletter and be part of our future contest